Oh, I love OS X and its Unixness, but there are just so many things that prevent me from being a happy and productive user. One of my biggest gripes is that I can't print to any of my networked printers except an older LaserJet that has a JetDirect card. But even with that printer, I have to manually select Tray 2 every single time, eventhough it's already set to Tray 2 by default both in Settings and in CUPS, but it doesn't work. Still, once in a while it would completely refuse to print, and I would just twiddle my thumbs until it would suddenly work again after a random number of hours, sometimes after days.

My MacBook is the early 2009 model upgraded with 4 GB of RAM and a 320 GB 7200 RPM hard drive, but it's just so unbearably slow. I try to avoid websites with Flash, since that just slows it down even more. I'm back to using an older ThinkPad X61 (the one I used to test all the Linux distributions). The X61 is 3.5 years old and only has 2 GB of RAM, but it's running circles around the MacBook. Oh, and the X61 is running Windows 7 Professional 64-bit, while the MacBook is running OS X 10.6.6.

I'm also back to using Firefox. Firefox was unusably slow on the Mac, so I changed to Safari like a good OS X user should, until I ran into problems with non-English filenames, then I switched Chrome. Chrome is really really nice, but it doesn't support automatic downloading using a download manager, and again, Flash is unusably slow. Flash is really fast on Safari, and Safari works with download managers, so I ended up having two web browsers open all the time.

I really miss iCal though.
Posted by FRiC at 6:00 PM No comments: 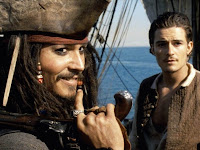 Service Pack 1 for both Windows Server 2008 R2 and Windows 7 was out for Volume Licensing customers since last week, and was released into the wild earlier yesterday. I didn't have time earlier to download it from the Volume Licensing site, but I decided to take some time to download my updates today.

For some stupid reason the downloads keep getting stuck at exactly the same place every single time. For example, the Windows 7 Professional X64 English ISO, which is 3,181,668,352 bytes, always gets stuck at exactly 2,682,257,408 bytes, even if I use a download manager, even if I use Microsoft's own Java-based download manager, even if I use IE instead of Firefox. I tried downloading around the erroneous byte by using Flashget, but even when the file is 100% loaded, that single problem byte is still stuck and attempting to load it just gives me a server error. After trying numerous times, I looked at my firewall logs and noticed I've already downloaded over 100 gigabytes today, without getting anywhere.

Luckily, I still have The Pirate Bay at my disposal. So even though I'm a Volume Licensing customer for both Windows 7 and Windows Server 2008 R2, along with a whole bunch of other Microsoft products, I ended up having to download ISO's from The Pirate Bay. Arrrrrrrrrrr!

Update: after a few weeks, I went back to the Microsoft download site and still couldn't download the problem files. I found a place for leaving comments and left a comment, and a few days later, I could successfully download the files. I don't know if the problem was with Microsoft or with the local Akamai mirror on my ISP, but it's hard to imagine I was the only person with problems...
Posted by FRiC at 6:15 PM 2 comments: 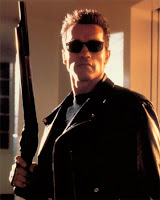 Robots are one of the most fascinating things ever, it's one thing to write programs to watch the flashing bits on a monitor, but it's completely different when you can program physical objects to destroy the world behave according to your instructions.

So, I've been drooling after the Lego Mindstorms NXT and the Arduino for ages, but I never bought into them since the NXT is so crazy expensive locally, and I couldn't find Arduino anywhere, and I don't want to risk having to pay through my nose for import tax, without having a little hands-on first.

Unfortuntaely, this kind of backwards thinking is not very good for me and I never got my robots, until I came across Vol. 27 of Otona no Kagaku (literally, Science for Adults) at the local Kinokuniya bookstore by pure chance. Vol. 27 includes a Japanino (an Arduino clone), an LED bar, and Japanese instructions for building a POV (persistence of vision) device. I can't read Japanese very well, but the Otona no Kagaku website has English instructions for download.

Since I'm relatively late to the Arduino game, there are literally millions of Arduino resources on the web at my disposal. I'm a hardware (PC) person, but I've never really been an electronics guy, I hope this will get me started.

Update (2011-02-18): I kept having trouble uploading sketches to the Japanino on my MacBook. It appears to be due to hardware design according to this page at Switch Science, and this page seems to describe USB overcurrent problems and how to fix it, but I'm just guessing since I can't really read Japanese.
Posted by FRiC at 9:20 AM No comments: