I'm putting my newly learned Arduino knowledge to practical use. Since I don't really know any electronics, I went to a local electronics supplier called ETT to see what pre-made boards they have. While looking around, I discovered that they make a custom Arduino board with a mouthful name called ET-EASY MEGA1280 Duino Mega that easily connects to their boards using a simple 10-pin connector. 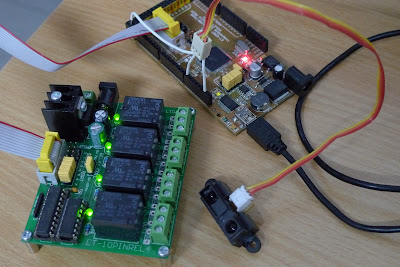 This is the Duino Mega connected to a 5V relay board. The 5V board can be powered directly from the Duino Mega board which is powered from USB. Also connected is a Sharp GP2Y0D21YK infrared sensor. The sensor is a digital sensor with a 24 cm range. 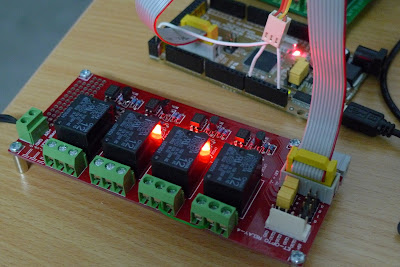 Here's another relay board also produced by ETT. This is a 12V relay board that needs to be externally powered. Actually I got the 12V board first, but then I saw the 5V board that can be powered from the Arduino. But after getting the 5V board I was afraid that it might draw too much power. But both seem to work perfectly fine.

I wrote a little sketch that controls the relays using commands transferred over USB serial as well as reads the status of the infrared sensor. My first Arduino project is a motorized computer scale system. One relay is used to control the motors of the conveyor belt and the second relay is used to toggle a warning siren. The infrared sensor (which will be replaced by a laser sensor in production) is used to sense when to stop the conveyor belt in order to weigh the product. 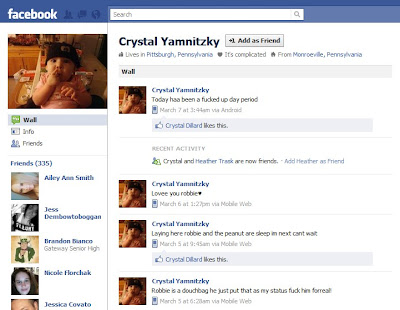 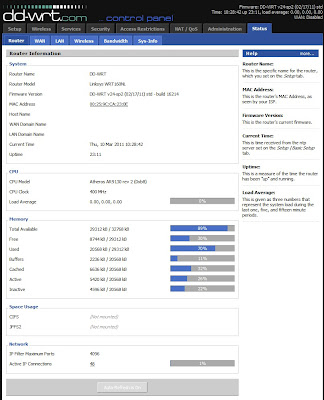 The WRT160NL also works with Gargoyle, which I'll talk about next time.
Posted by FRiC at 10:30 AM 10 comments:

But what I like most about the iPad 2 is that it's much lighter! I've had the iPad 3G for a few months and I no longer really notice the weight, but whenever I pick up iPads without 3G I notice how much lighter they are. The iPad 2 with or without 3G are both lighter than the original iPad. But I probably won't upgrade unless I can get one for free. Besides, my iPad is jailbroken.
Posted by FRiC at 5:20 AM 1 comment: