Stryd is slow only on the treadmill 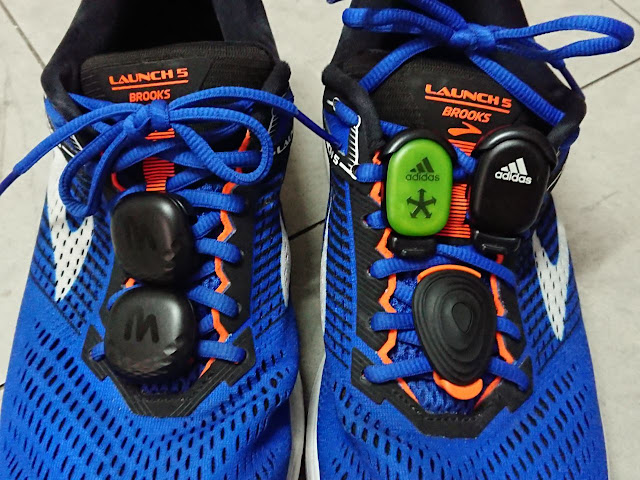 I wrote earlier about how the Stryd felt slower when used on the treadmill, but I finally got fed up by everyone telling me that the treadmill display on my gym is wrong and Stryd is right. So I brought out all my foot pods and tested each one multiple times against the Stryd. Before doing the tests I made sure the foot pods were calibrated correctly. The Stryd is uncalibrated and set to 100.0, while other foot pods were auto-calibrated by my Garmin watch by running outside at a flat open area at a consistent pace. (Sidenote: I've tried auto-calibrating my Stryd and it ended up with 100.0 as the calibration factor. Impressive.)

The result? The treadmill display, two MilestonePods (now called Zwift RunPod), two ANT+ foot pods (identical to the Garmin SDM4), my Garmin Forerunner 935 watch alone (using the least accurate method of pace estimation of arm swinging), my perceived exertion level, my heart rate (measured using Polar H10, the Garmin HRM-RUN, or the watch's built-in optical heartrate sensor), comparison with other runners on treadmills next to me using their own watches or foot pods, all ended up having similar speed and pace, while the Stryd is NINE PERCENT (!) slower. One thing that was surprising (or not that surprising) was that the treadmill display was accurate. Surprising because everyone kept telling me not to trust the treadmill display, not surprising because the very first time I ran on it I felt it was accurate (by feeling alone) and before I got the Stryd I've used other foot pods that also reported similar speeds as the treadmill display.

After repeating the test I decided to set the calibration factor of the Stryd to 109.0, and it started giving me the same results as the other devices. The biggest problem with this is that because the Stryd is accurate everywhere except on the treadmill, I have to manually set it to 109.0 for the treadmill and 100.0 when I'm not on the treadmill. Just setting the Stryd to provide speed and distance indoors wouldn't work, since I also run on an indoor track and Stryd is extrememly accurate on the indoor track.

I've been using the Stryd for about seven months before doing the test. Yeah, at first I didn't really care (or know) about it being so much slower. I actually thought the Stryd was more correct than the others, since it gave very consistent results (1% variance) while other foot pods could give me up to 5% variance. And I attributed the slowness to factors such as the treadmill being uneven or lack of fans leading to my body overheating and thus giving false exertion factor. But after I started using Zwift running, I would join group runs or races, it's incredibly annoying to find myself lagging behind everyone else even when I'm running really hard. I tried speeding up the treadmill to my typical outdoor speeds according to Stryd and always felt that it was way too fast for me to keep up or even run safely because the belt was going so scarily fast! In fact, I "cheated" a few times by not running on the treadmill and still have Zwift open on my phone just so I could be faster.

Oh, and also some people said that pace shouldn't matter, only power matters, I also discovered that since power is based on speed, changing the calibration factor to 109.0 also increases power by 9%. Yeah, I was running my butt off on the treadmill, and it was giving me really low power numbers.

The weirdest thing is that my Stryd is completely accurate when not on the treadmill, so I suspect it must be my treadmill running form that's affecting it somehow. Running on the treadmill is really running in place with no actual forward motion, only leg motion and the belt carrying the legs, so I don't know if my Stryd is faulty in that it doesn't sense the "simulated" forward motion, or if it's the belt being softer than ground, but none of these factors can explain why other lesser foot pods are consistent with each other. The original thought of the treadmill being inclined was wrong too, because I managed to find some with 0% incline didn't change anything. Of course, one can argue that only the Stryd is right and everyone else is wrong, but that won't explain my perceived exertion level, and how could everybody all be wrong by the same amount? I realize I didn't actually measure the distance of the belt, so... who knows? 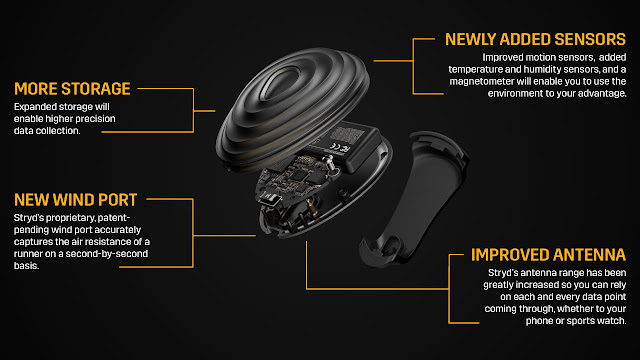 Anyway, I'm happy with the 109.0 setting for now. Zwift needs its own calibration but since the treadmill display is accurate I easily calibrated Zwift by setting the treadmill according to Zwift's calibration prompts. Stryd recently announced an updated model with wind detection and improved next gen motion sensor. I don't really care for wind detection but the new motion sensor sounded useful, so I ordered one immediately. I should be receiving the new Stryd real soon now and I can't wait to test it against the old Stryd on the treadmill.

Update: someone shared my post to the Facebook Stryd Community and started a large discussion, mainly to shoot this post down. I must say I really do like the Stryd but I wish they would do a study on running form across a wider range of amateur runners instead of always blaming it squarely on the treadmill. Anyway I quit my gym membership recently so I no longer have access to a treadmill and I'm back to outdoor running. No more unhappy with Stryd speeds since it's perfect outdoors.
Posted by FRiC at 1:32 AM No comments: 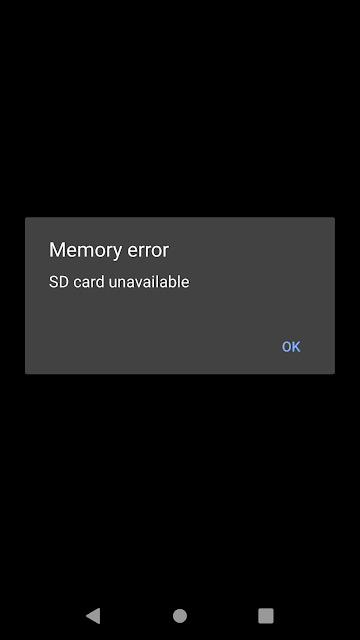 I have a Sony Xperia XZ Premium phone that I love, except the camera app likes to give me memory errors ("SD card unavailable") when starting the app. At first I thought my SD card had gone bad, so I bought a new one, and still got the same error. Hmm, maybe the SD card interface had gone bad, so I switched to the internal memory, same error.

After some fiddling I discovered that if the camera app had not been opened in a while, the memory interface probably goes into stand-by mode, and when the camera app starts up it couldn't load the last image from the gallery and times out. The effect is that every time I pick up my phone in a hurry to take a photo, I get this error, but if I'm constantly using the camera, then no problems. Thinking back I realized the problem started occurring shortly after a software update, so it must be a software bug. I can easily reproduce the bug if I let the phone/camera app idle for a long time, or do something CPU intensive such as installing an app from Google Play while opening the camera app at the same time.

Strangely enough, the problem doesn't seem to affect all people, since a web search reveals a lot of people reporting about this issue, but even more people replying that they have no problems and it must be an SD card issue or some other software conflict. The problem seems to be widespread since it happens with all phones, even the Xperia 1. I myself have another Sony phone (XA2 Ultra) that started having the exact same problem after a recent software update.

To workaround the problem I finally decided to use a third-party camera app. Unfortunately I can't seem to find one that works as well as the built-in camera app, they all suffer from over complexity or annoying UI issues (either a case of the developers don't eat their own dog food, or the developers forcing dog food down users' throats). After a lot of searching and trying, I finally settled on Footej Camera. It's simple and fast and doesn't have a lot of UI annoyances, and obviously doesn't give me SD card errors.

Update: Unfortunately even though Footej doesn't have startup SD card errors, it seems to have the same time-out issue from time to time and ends up losing the current photo. I'm going with Cameringo+ for now. Cameringo+ seems to be stable, but it forces full-screen immersive mode which is really annoying since it doesn't let me exit the app easily. The app has an option to toggle immersive mode which does absolutely nothing.

Update 2: I've finally determined the problem really is SD card related. Unfortunately, the workaround seems to be not use the SD card at all, since even with the fastest A1 SD cards it still pops up the error if there's any hiccups while accessing the card. They really need to increase the timeout on the camera app.

Update 3: I give up. I'm now only using the internal memory for taking pictures. Time to buy a new phone.
Posted by FRiC at 11:57 AM No comments: