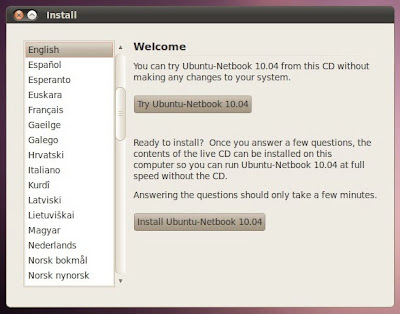 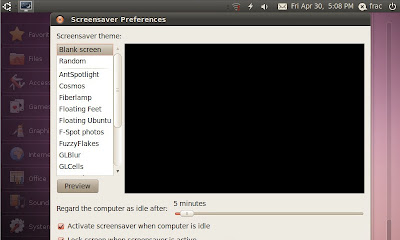 After like two hours of Google and trying everything in the GUI without getting anywhere. Give up simple user interface. Open terminal. "sudo aptitude install skype". Done.
Posted by FRiC at 8:48 PM 2 comments:

I was away for a week with no access to the Internet of the free world, and a whole bunch of things get released. By now everyone's arguing whether the new 13" MacBook Pro should've gotten the Core i3/i5 or not, but to me, the bestest thing about this refresh is that they finally updated the local pricing to more accurately reflect the value of the Thai Baht. 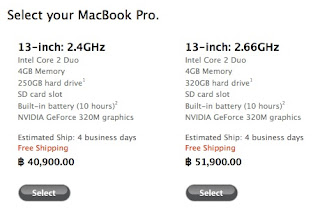 The base $1,200 MacBook Pro now costs 40,900 Baht instead of the original 46,900 Baht. Now I can more easily talk my boss into buying it for me. Maybe when the iPad is released here sometime next month they will also use the new exchange rate, then maybe I can talk my boss into buying both the new MacBook Pro and the iPad for me.
Posted by FRiC at 8:28 PM No comments:

A few days ago, I added Socialwok to my company's Google Apps account. Socialwok is like having a private Facebook or Google Buzz inside my own domain. Yeah, I should be using Google Buzz, but Buzz is only available to regular Gmail, and not Google Apps. I would probably switch to Buzz when it's released for Apps.

Anyway, so I was "training" some of my users on using Socialwok when one of my users complained that he couldn't update his status. The symptom was that when he clicks on the status bar, nothing happens. I logged onto his laptop remotely, and discovered that he was still using Firefox 1.0. 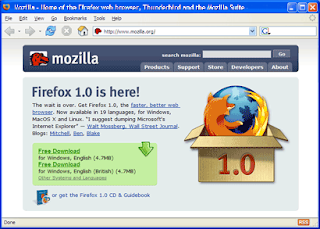 Right. Not a problem, I'll just update it to the latest Firefox (currently at 3.6.3). But then I discovered that he was still using Windows Me! And FF3 doesn't support Windows 98/Me. So... I guess I would use FF2 then. I went to oldapps.com and downloaded the final version of Firefox 2, which was 2.0.0.20.

Unfortunately, Socialwok still didn't work properly. Now clicking on the status works, but the keyboard doesn't respond inside the status bar or any other typing area. I thought about installing Google Chrome, but Chrome also doesn't support Windows Me. Then I remembered reading about a patch that makes FF work on older versions of Windows.

Sure enough, a quick Google search turned up KernelEx, which allows some modern programs requiring Windows 2000/XP to work with Windows 98/Me. Installing KernelEx also requires the installation of the Microsoft Unicode Layer. I've actually had the Unicode Layer for a while, but could never figure out what it's used for, since it doesn't seem to actually allow displaying Unicode.

Anyway, after installing the Unicode Layer and KernelEx, FF3 installed, and Socialwok worked, and everyone was happy.

P.S. It actually took a long time to do all this. My user's computer was so incredibly slow, installing oth versions of Firefox and the system patches took something like 1.5 hours. Plus, in the end, Socialwok still didn't work that well, since it's probably designed for modern displays, and his computer only has a 640x480 monitor...

Come to think of it, I should probably just give him my first gen Eee PC 700, since the Eee PC has a higher resolution (!) display, and is also much (!) faster than his ancient laptop.
Posted by FRiC at 1:00 AM No comments:

The Amazon Kindle app is now updated to be a universal app that works for both the iPhone and the iPad. I don't want a Kindle any more.
Posted by FRiC at 8:42 AM No comments: 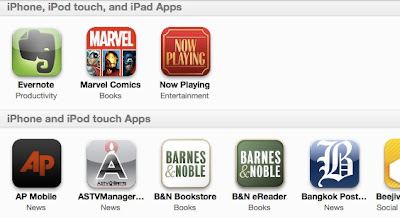 When I opened iTunes this morning, it updated some of my apps to iPad compatible versions, eventhough Thailand's App Store doesn't have an iPad section yet. Then I noticed eventhough there's no specific iPad section, I can still search for apps and then an iPad section will appear.

Unfortunately, it appears that many apps, especially games, aren't dual iPhone / iPad compatible but has an entirely separate iPad release that requires re-buying the app again.

iPad specific apps get their own section in iTunes 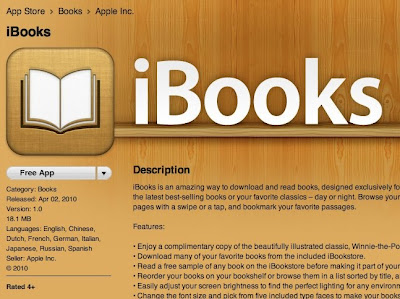 The reason I want an iPad: iBooks, a free download. Now where's my iPad?
Posted by FRiC at 12:35 PM No comments: