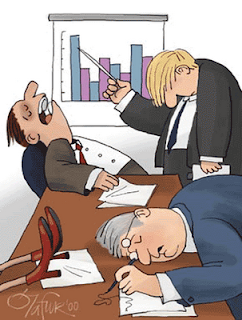 Yesterday I gave the very first presentation of my group's work progress in front of all the department heads at the very first company-wide meeting headed by my new boss. The idea is that all department heads should know what other departments are doing and know the direction the company is headed, especially during these troubled times. But really, who cares what the IT guys are doing, as long as they can view their nudie pics, watch YouTube, and check mail?

Since this was the very first such meeting and everyone else are so inexperienced with doing meaningful and concise presentations, the meeting dragged on through the whole day. By the time it was my turn, it was 4 PM and everyone was already half dead.

After listening to my presentation, the boss had only two questions for me: Why do you have so crazy many projects going on all at once, and why are you doing other people's jobs? The second questions was specifically about my project about limiting Internet access using access restrictions. This is quite unfortunate as we're a manufacturing company with high-tech equipment. Many of the employees are unskilled labor that when faced with a computer, would just sit there and surf porn all day long, and our managers are too tame to tell them to go do their jobs, so it fell to IT to enforce Internet usage. Sigh.

Next project: teach users how to use PowerPoint, and do good, non-sleep-inducing presentations.

Meanwhile, SP2 for Windows Vista and Windows Server 2008 is released.
Posted by FRiC at 6:20 AM No comments:

I was just using Google search like every day when I suddenly noticed that the email address normally shown in the upper right corner wasn't mine or anybody I know, and I never use web history. I wonder what could have caused this?

Been insanely busy since coming back from Singapore. My boss retired and the new boss who is still getting his feet wet are asking a lot of us to do new things that the old boss never asked us to. Such as giving monthly PowerPoint presentations of our work progress. I bet I could drive everyone to sleep with my presentation.
Posted by FRiC at 9:29 PM No comments:

Took a much needed break in Singapore for four days last weekend. The weather was beautiful during the day and the evening, and it rained every single night to cool things down. 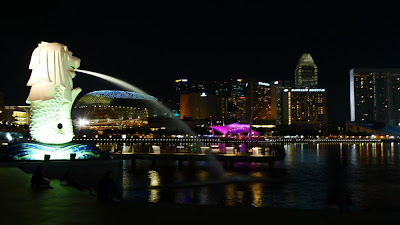 To keep this post somewhat on topic for this blog, I visited both Kinokuniya (huge!) and Borders, but I didn't buy any books since I already have enough backlogged reading to do, and I didn't want to have an overweight luggage on the way home. 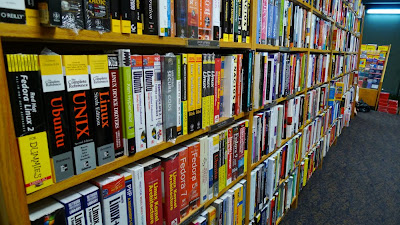 This is also the first time I carried my new Panasonic LX3 camera on a trip. The LX3 is such a great little camera. (All three pics in this post were taken with the LX3.) It's much much easier to pull out than my Canon DSLR, which I did also bring on this trip. Having such an easily accessible camera allowed me to capture gems such as this: 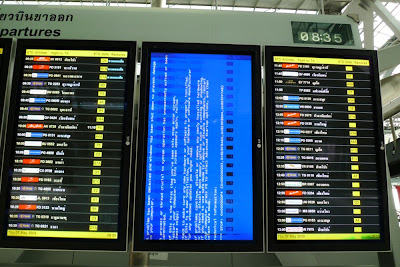 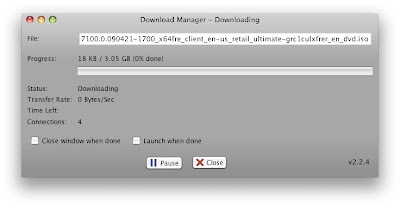 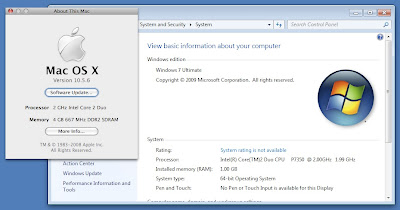 The most boring OS X user

I'm such a boring person. After using OS X for two seconds, I took out the colorful background and replaced it with a single plain color, moved the animated dock to the side to get more vertical space, got rid of all the iLife apps from the dock, and set up keyboard shortcuts so I don't have to keep using the touchpad so much.

The thing that throws me off the most about OS X is how much reliance there is on the mouse due to the lack of shortcut keys to reach the menus or buttons directly. e.g. in Firefox for Windows, if I want to go to the web search box, I can use the shortcut key of ctrl-K, or the IE-style ctrl-E, but if I don't remember those keys, I can easily press Alt-T (Tools), then either press S for Web Search or use the arrow keys to pick from the menu.

The second type is if the menu has no direct shortcut key, e.g. Firefox for Windows again, if I want to go to the Add-ons menu. I can do Alt-T (Tools), then A (Add-on). On the Mac, I would have to use the mouse since there's no shortcut key for Add-ons. Yes, ctrl-F2 can open the menu, but it doesn't open to a menu item directly, and then to open a menu item, space bar has to be pressed. For that many keystrokes, I might as well go for the mouse in the first place.

I did use a Mac long when I was in school, but I thought that with all the evolution in usability and operating system theory, plus OS X is a Unix-based OS, I should be able to do things faster by pairing the keyboard and the mouse.

And while starting to type this blog entry last week, I suddenly noticed that the mouse pointer disappears while typing. After a few days of searching, I still haven't been able to find a way to change this setting. This also explains why I see a lot of Mac users "shuffle" the mouse whenever they pick it up.

One other annoyance I noticed is that holding down the shift key to select files in the Finder doesn't work as expected. If I overshoot my file selection, I can't press the opposite arrow key to deselect the last selection. Pressing the arrow keys always selects files from the original cursor location when you first held down the shift key. Incredibly annoying.

Oh, and my biggest problem with switching to OS X? Whenever I encounter a problem or something that I don't know how to do. I hit Google to look for answers in public forums, and almost always, legions of Mac fanboys would reply with things like "If you don't like the way OS X behaves, go back to Windows!" or "It's the Mac way! Learn to deal with it or go back to Windows!" I could always find others asking similar and legitimate questions, but was never able to easily find solutions or answers to my problems.
Posted by FRiC at 8:30 PM No comments: