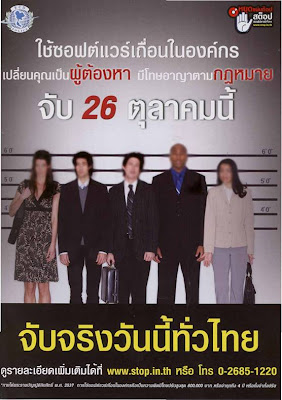 Around the same time last year, the Thai Cyber Police announced that they're putting an end to piracy once and for all and that they have names of all corporations using pirated software. Of course, Thailand being Thailand, absolutely nothing happened, and one year later, they're announcing the same thing all over again. 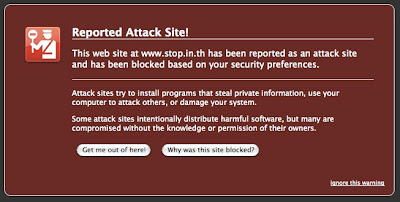 The funny thing is, Firefox is now flagging the anti-piracy site as an attack site. Which is true mostly, since I've been getting spam from them both in email and regular snail mail. How annoying.
Posted by FRiC at 6:03 PM