I'm posting this in celebration of SysAdmin Day 2013.

Like everywhere with a file server, all our users' files are stored on the file server, so the users don't need to worry about hard drive damages and they can access their files from any computer in the domain just by logging in, and I don't need to worry about having to move files over to a new computer when their computers gets replaced, and backup scripts and shadow copy on the server keeps everyone's files safe.

So I gave a user a new notebook computer, and he called me up a few hours later and said that Documents is empty on the new computer, and he couldn't find his files anywhere. Okay... I let him know that in order to see the files in the new computer, he needs to save his files on the server and not on the computer's hard drive. In fact, he should not be using the local hard drive at all, and should always use the server to save his files.

A few hours later he brought his old notebook to my office, and let me know that he had successfully moved all the files to the file server, and he had already deleted all his personal files from the old computer.

Yet a few hours later, he called me up again and said he couldn't find his files on the new computer. Even though he made sure they were there earlier.

"Wait... when you told me earlier that you deleted the files, what exactly did you do?"

"You told me to move my files to the file server. I did that." 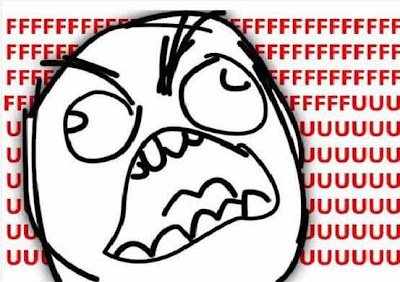 "Uhh... right, let me do some magic here, call me back again when you see your files appear."

Fortunately, my server performed a shadow copy before he deleted the files, so I restored his files without any trouble. A few minutes after I finished restoring his files, he called me back.

"Great! I can see my files now! Thanks! But what about my emails? I deleted them from the old computer too."

(We use Google Apps.)