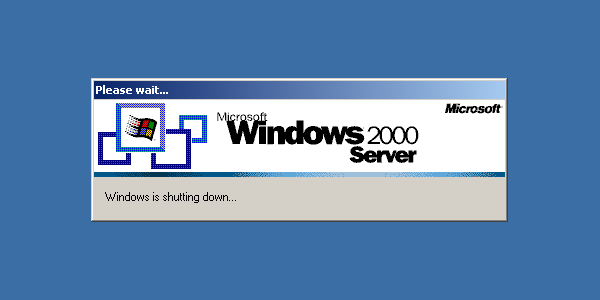 On the last week of 2019 I finally decommissioned our old Windows 2000 Server. This server has served us well for 19 years. I upgraded all the way to Windows Server 2019 which couldn't be done in a single step, so I had to get a computer running Windows Server 2008 R2, migrate the domain to 2008 R2 (and raise the functional level), then migrate again to 2019.

The preparation for the migration took more than a year since we still have a lot of old apps and computers, I even had to get Windows 10 to join the Windows 2000 domain before the domain could be upgraded. I simulated the migration in VMware many times before doing it in production, so everything went relatively smoothly. I've actually done a 2000 to 2008 R2 migration once before around 10 years ago at my secondary site. One gotcha that took me by surprise was that adprep was an entire folder and not a single .exe file.