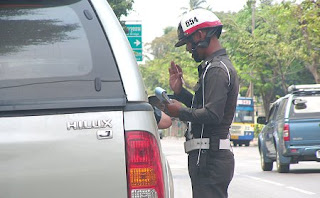 I read about the Italian police scandal a few weeks ago where they set the duration of the yellow light too short in order to catch more yellow light runners, and to spread the profit among those involved.

I could imagine the giant light bulb turning on above the Thai police chief's head when he read this news, since a few short weeks later, we now have traffic cams installed and actively catching offenders at all major intersections. The trick though, is that Thai yellow lights have always changed to red by counting down from three. But each count is far shorter than one second. So the three count of yellow light is more like 1.5-2 seconds. I could now see the bulging pockets of the traffic policemen. What a great way to boost the ecnonomy. Yay! 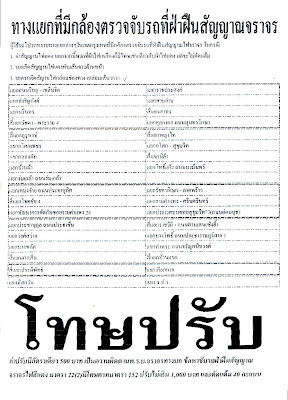