I never paid much attention to the iPhone 3GS since I already have an iPod Touch. But my boss was looking to buy a new phone, so I immediately recommended the iPhone 3GS to him. Unfortunately, only after buying it for him I realized that there's a new "iBoot-359.3.2" that can't be jailbroken without tethering. I can imagine explaining to my boss to use this phone with care, never let it run out of battery, never let it crash, and never turn it off, otherwise you'll need to hook it up to your computer...

But wait, surely my boss doesn't need a jailbroken phone? Actually, the iPhone for some stupidly reason has pathetic keyboard layouts obviously not designed by actual users of those languages.

This is the default Bopomofo keyboard on the iPhone. Bopomofo is a system for phonetically writing the Traditional Chinese characters. 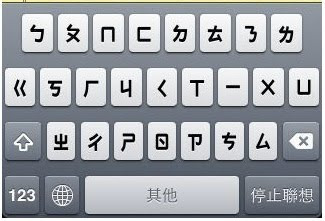 And this is the modified Bopomofo keyboard in the more traditional layout that every Bopomofo user on the planet is used to, and it's only available to jailbroken phones. 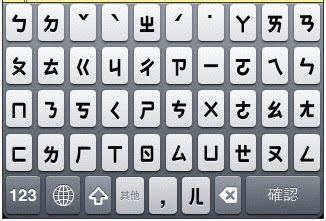 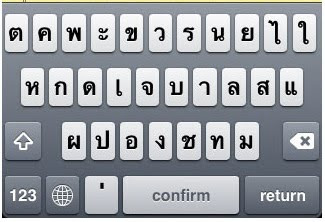 Unfortunately, that layout is completely unusable in real life since it's not based on any standard. This one, again, is only available for jailbroken phones. 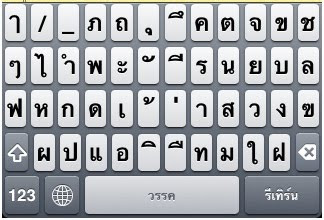 Once again, at first glance, it seems that the second keyboard contains seemingly random characters. However, that is the standard Thai keyboard layout used on every computer and typewriter.

Oh, and when I was paying for the iPhone, the salesguy turned his back on me and typed something really quickly into the iPhone. I couldn't figure out what he did until I came home. He modified the email signature to read: "Sent from my TrueMove iPhone3GS".
Posted by FRiC at 10:30 PM