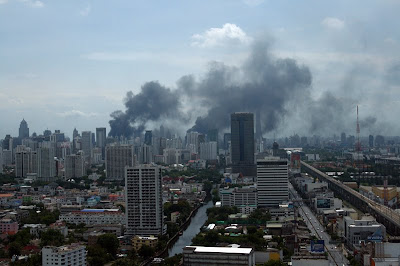 Of course, most people probably only care since they can't shop there anymore. Amazing Thailand, Amazing Value!

Update (later in the day): Oh yah, notice how blue the sky is, with clouds visible? Normally the sky in Bangkok is never blue like that except in long weekends. Closing down the central business section and everybody staying home from the protests actually was actually good for the environment!

Update (still later in the day): It appears that my blog is blocked by the government, w00t! This is what happens when I go to www.ivoidwarranties.com now: 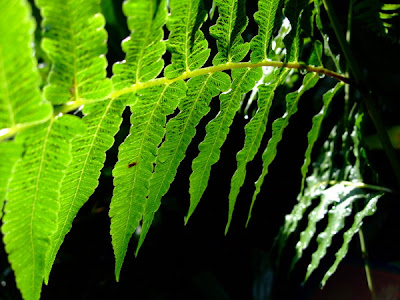 Update (5/20/2010): Boooo, I don't feel so special anymore, looks like the web blocking is directed at the Centre for the Resolution of the Emergency Situation (CRES) itself, which happens to be hosted on Google Sites, and poor me being blocked is just a side effect. Different factions of the government attacking itself? Rogue hackers at work?
Posted by FRiC at 6:03 PM