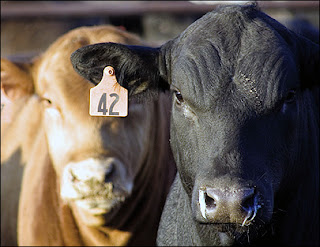 When I presented my new standalone RFID box to HR and management, their only reaction was... why is there no beep when a card was scanned?


Right. I know that audio feedback is one of the easiest and simpliest forms of physical feedback, and I should know that management wouldn't care about little technical details like being able to access logged data over http. Hmmf. Anyway, I managed to find a $1 piezo buffer for some hi-fi beeping.

All parts were purchased locally from ETT (Arduino, LCD, DS3232) and ThaiEasyElec (SL018 and Ethernet Shield).

I'm still not sure if making my own RFID box is a good idea. However, the completed RFID box has far more features than any commercial RFID readers available locally (not counting eye candy like color touchscreen LCD display and talking clock), and costs a fraction of the price even though I'm putting the full Arduino board inside. I'm just not sure about the longevity of the individual parts or my soldering skills. But then again, the old RFID reader we had that died with the flood had frequent failures and the clock was never accurate. The 125 KHz prox cards used with that system was prone to failure too. Plus, I've opened up the reader and it was a rat's nest of wires.

I've been really busy lately with family matters. But I will post the source code of my RFID box in the next and final installment of this series.

Definitely be interested in seeing more of the final product. The company I work for is looking into deploying timeclock units to about ten locations. If they end up being too much money, I may have to fabricate my own. Your project is pretty similar to the one in my head. Let see that code!

Hi, I've done something quite similar to this which might be of interest, see http://www.cse.dmu.ac.uk/~sexton/RFID/
Cheers

Hi! I am an HR Manager and have the same idea in my head for employee attendance. I would love to learn what I need to do to create a similar system for my manufacturing plant. Can I contact you to bounce some ideas around? How can I contact you?

brilliant! I really am looking forward to the final installment!

Hi any news on your code for this project as I am building something similar and would really be interested to see how you went about this.

Will we ever see part 4? Would love to see your code. There isn't too much out there for the RC522.

I feel really bad. I had thought I posted part 4 but didn't. Please find part 4 of my long forgotten article here: http://www.ivoidwarranties.com/2014/10/arduino-rfid-part-4.html