I got the very first iPad years and years ago. I love it but I never bought any of the later iPads mainly because it's just too cumbersome. It's not as convenient as a smart phone that I can take any where and pick up any time, and no matter how much Apple promotes the Pro models, it's not as convenient as having an actual notebook. I kinda like the iPad mini, but I have a Kindle Paperwhite for the ebooks, and never really found any use for a tablet.

However, as I got older I found that I don't really want to stare at my notebook or phone so much any more, and sometimes I don't want to sit in front of the TV. So when the iPad Air 3 and iPad mini 5 came out, I decided to get one again. 10.5" screen on the iPad Air 3 is nice, but I feel a smaller tablet would be more convenient and I could carry it around with me. But my main reasons for getting an iPad: using Zwift when I'm at the gym, watch Netflix without squinting and getting a headache, and play tablet games (ha-ha).

Except for a brief time when I paid for Apple Music around three years ago, It's been more than seven years since I last looked at the App Store, and the first thing I noticed was that all the 99 cents apps have disappeared. Everything costs so much, and since I've used Android these times and paid little attention to the Apple side of things, it's filled with apps that I've never heard of. Some apps in the paid apps section offered me to download them though. I looked and realized I've bought many of them back when I had the first iPad. For example, one of the top paid apps that I already have is Notability for $9.99. I looked and I bought it in 2012 for $0.99.

I decided to check my email archives to re-discover all the stuff I bought back then. It's quite sad to see how many apps have gone dead. I had all these multi-service chat apps that have gone into disuse since everyone have moved onto LINE here in Asia. I even have a game called Starbase Orion that I don't even remember having. I searched and it came to me that it was a 4X game inspired by Master of Orion. The greatest surprise came when I downloaded Starbase Orion and it asked if I want to continue my game. 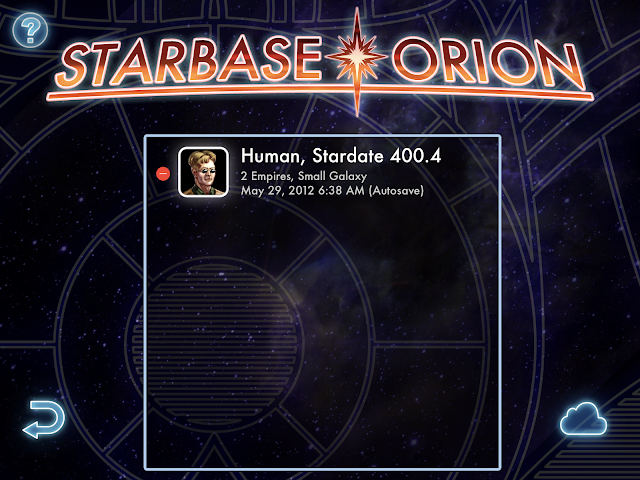 I looked at Starbase Orion's website and discovered that the single developer never managed to make an Android version, and Starbase Orion 2 is still unfinished due to lack of time. Even though I like to buy games mainly to support the developer but I could never find the time or patience to play them, so I understand how he feels. (Yeah, other bigger games I got for my Android phone include Uciana, another 4X game, and Stardew Valley, both of which I've started playing but got nowhere.)
Posted by FRiC at 10:12 AM