You don't mess with the zoLAN 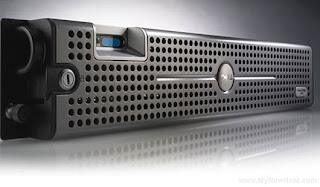 The fridge place actually hired to look after their computers. I guess they were happy that I saved their referigerator. After their IT guy left to join the high profile consulting company, they decided not to hire a full time IT support personnel, so they asked me to go in once in a while to check out their server and do maintenance job. They gave me a good offer so I accepted.

Unfortunately, the economy being bad as it is, I never got paid for months. I didn't mind that much, to tell the truth, since I got to learn a lot of new and fun things at that site. They have a huge server inside a huge server rack that could probably support a company 100 times their size. I asked their general affairs person why they have such a beast. She just looked at me blankly and said, "Oh, IT said we needed it and so we bought it." I feel so bad that my two new Core 2 Quad servers I built last year to run Windows Server 2008 cost less than the UPS they use to feed their server.

So, after fixing the fridge problem, my next job turned out to be something that I caused myself. When I went to examine the server (by the way, it's a Dell PowerEdge with a quad-core Xeon) I found that it had dual LAN jacks, but for some reason only one LAN cable was plugged in. I looked at the Windows setting, and sure enough, one LAN device was disabled.

That was strange, so I tried enabling the LAN device, and it seemed to work fine. The Broadcom server LAN has an option for bonding the two LAN devices into a team, so I did that, and plugged in a second LAN cable. Everything seemed to work fine, so I just scratched my head and left.

The next morning they called me and said none of their drafters could run their drafting software. The software has a license module that runs on the server. I tried to remote login to the server, and found that I can't even reach the server. After some minutes of quickened pulses and hair pulling, I figured out the problem.

And oh, the Dell actually has a dual-gigabit LAN. But it's plugged into a little desktop switch.

I still wonder to this day if the previous IT guy was actually doing his job to the best of his ability, or if it was all a big joke to him.

Anyway, the point of this post is that I finally got paid! In fact, the amount that I got paid was just a bit over what I paid for the MacBook less than two weeks ago, so this is almost like getting the Macbook for free. They still owe me money according to the original contract I signed with them, but I'm happy for now.
Posted by FRiC at 2:00 AM