I've been interested in thin clients for a long time. Unfortunately, the biggest problem for me was that thin clients often cost more than a "fat client", that is, a full computer. Some may argue that a thin client has other cost-saving advantages that a full computer can't match, such as Windows licensing costs, space saving, and electricity saving. But with a computer, I get a powerful processor for running applications without having to have a powerful server, so why would I want a thin client that may become non-functional if my network goes down?

But recently, I noticed that Norhtec now lists a cheap $99 thin client called the MicroClient TC on their website. At that kind of price point, the thin client becomes interesting again, since there's no way I can build a full computer for that kind of price, and now that email is considered "mission critical", thin clients would really save a lot of money for users that only need to use email and nothing else.

Norhtec is relatively well known in the embedded Linux market for making small PC's and servers and thin clients. Unfortunately, when I looked at their thin clients a while ago, they also had the same issue as being costly. Norhtec is practically next door to where I work, so I called them up to see if I could order a unit or just go over to pick one up.

Stupidly enough, I seemed to be the very first person to ever inquire about the MicroClient TC, and the person who answered the phone mumbled something about not able to deliver the product immediately, then referred me to a salesperson that's actually from a different company. Eventually I ended up getting the Kaser NetClient, which is identical to the Norhtec MicroClient TC, except it seems to be housed in a cheaper plastic case, and it cost me $117 (today's exchange rate) instead of $99. The salesperson also didn't know anything about the NetClient either, and said I was the very first person to buy it from his company. He also claims the unit doesn't come with an OS and I need to install a hard drive first and install my own OS. Uh... right. 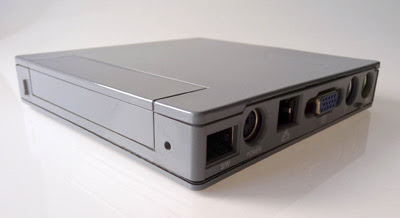 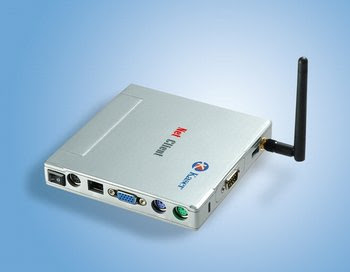 After I took the photos below, I noticed that the Taiwan Kaser website has better photos: 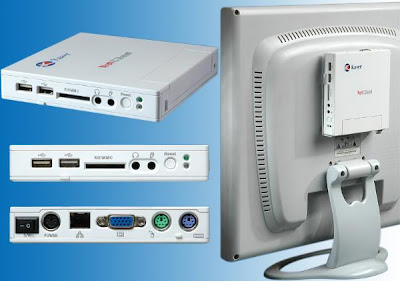 This is the front side with an SD/MMC slot. Three USB ports and audio ports. Reset button. Indicator lights. My unit doesn't come with the wi-fi option so there's no antenna. 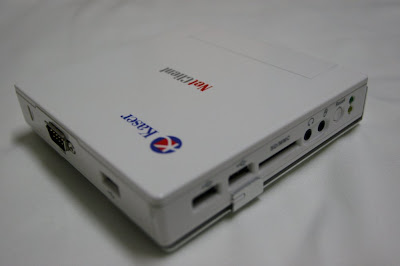 Backside with power switch. Proprietary power adapter jack. LAN. VGA. Mouse. Keyboard. The metal thing is a mounting bracket for mounting the unit to the back of monitors. 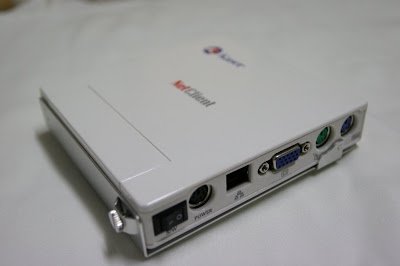 With the mounting bracket removed, what appeared to be a door turns out to hide an IDE port. I think it would make more sense to have a CF port. 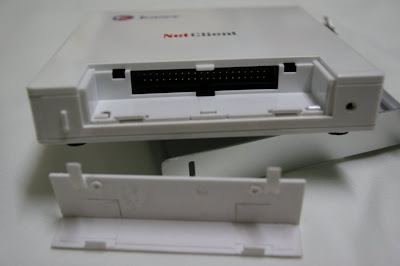 The relatively large power adapter, and comparing the NetClient to a DVD disc. 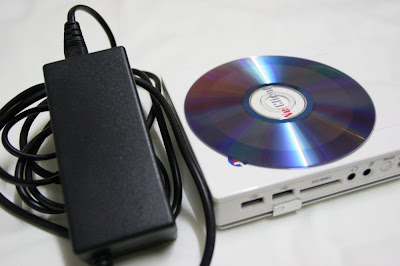 Unfortunately, the QuickRDP software included in the NetClient unit has a problem with screen refreshing. When the screen is refreshing and the mouse pointer is inside the area that's being refreshed, the mouse pointer freezes until the screen finishes updating. This causes a huge problem when doing repetitive tasks that involve mouse movement and screen updates. In fact, the main reason I'm interested in these thin clients is to connect to our terminal servers to access Dynamics NAV. The ERP software has huge amounts of data entry fields and drop down boxes that need to be clicked on repeatedly, and the screen refreshes constantly as the onscreen data loads and updates.

One other problem with QuickRDP is that it that it appears to only support 1024x768 resolution. Haven't they noticed that only widescreen monitors are available in the market these days?!
Posted by FRiC at 5:30 PM

We need the kernel-sources of this device for a plattform with a likewise design. Kaser Corp does not give their sources to anyone, but to customers. Are you willing to write them an email and ask for?

Are the sources there?