What happens when an experiened Windows guy with a bit of OS X experience tries out Linux for the first time? Well, not really the first time, I did use Linux long ago, and I use Linux inside VMware for some cross-compiling, I also have Linux on my netbook for browsing, but what happens if I install it on a regular laptop, and attempt to use it like a regular desktop OS?

Man, installing Linux in 2010 is nothing like it was in 1992. (1992 in computer years is a little bit like 1492 in human years.) The first thing I had to do was determine which distribution to use. My "long ago" Linux was SLS Linux, or Softlandindg Linux System, which was the great-great-great-grand daddy of all distributions. It wasn't really even a distribution, it was more like a set of floppy disks that gets the Linux kernel installed on the hard drive and made bootable, and creates a user then a login prompt, that's it. Everything else had to be downloaded (at 28.8 Kbps!) and manually compiled and installed. I even had to install X (X11R5) and fvwm and create the Xconfig, all by hand.

Oh, it's not like I haven't kept in touch with the Linux world. I know of all the popular distributions and I've tried them out from time to time inside VMware. I just don't see why there are so many distributions, surely there's no need for religion specific distributions?!

Anyway, I don't want to do a lot of things manually now, so I want a modern distribution that's easy to use. Isn't Linux supposed to be taking over the desktop? So things should be easy? Let's find out. 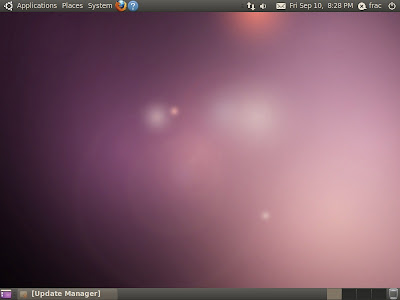 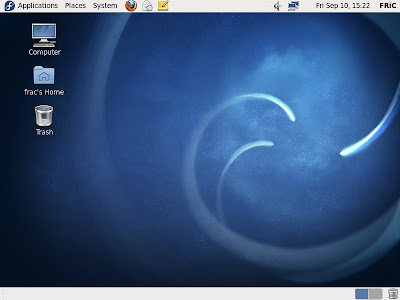 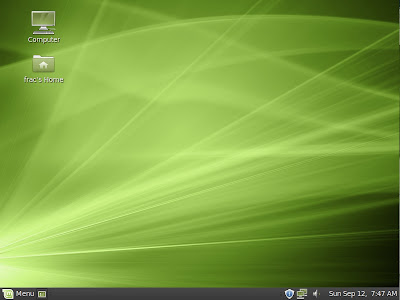 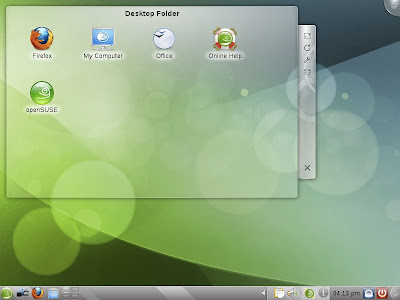 The images above were captured from Ubuntu, Fedora, Linux Mint, and openSUSE, using their default desktops, in the order they appear on distrowatch.com. I actually tried a whole bunch of distributions, but these four were my favorites based on ease of use and initial configuration. It's no surprise that they also happen to be the top four on distrowatch.com. After trying them out in VMware, I then proceeded to install them on my laptop.
(Continued in Part 2)
Posted by FRiC at 3:10 PM