Best jobs in the world 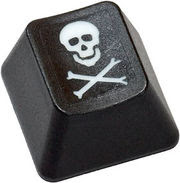 We bought more European machinery recently that came with Siemens PLC's and HMI's. But probably due to cost cutting, they didn't come with any software and we were expected to buy our own.

So, I called up our Siemens dealer to buy the software, and all the software we needed cost something like $5,000. Naturally, I asked if there's any discounts I could get, or maybe there's a special low-priced Thai edition.

"Siemens can't really give you any discounts since the price is fixed from Germany, but I can give you a special."

"I can supply the license disks to you, and you can be sure that mine are exactly like the original. For only 1/10 the price."

Not wanting to buy any pirated software and giving free money to this guy, I decided to call up our hardware supplier. After much arguing and yelling and threatening to never buy stuff from them ever again, I managed to get the software free from the supplier. They should've given them to us for free in the first place like they always did, since the machines cost the company several million dollars.

Oh, but that's nothing yet, the Thai Cyber Police (officially the Economic and Cyber Crime Division) announced (What idiot would put two video clips on a single page?) that they're are putting and end once and for all to the piracy situation in Thailand this Wednesday, October 15. (HA-HA-HA-HA-HA-HA-HA-HA-HA-HA!) 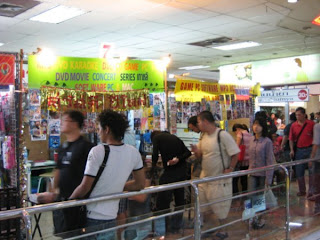 I think the Cyber Police needs to go to Pantip Plaza and see for themselves what the piracy situation looks like, instead of just sending out spam letters to businesses threatening to sue them, even if they already use legitimate software like us! My company received like 50 copies of the spam letter. Oh, I guess they just want to go after businesses and get more free money, instead of actually punishing the sources of the problem. The pirate software sellers are obviously paying someone in order to be owning such huge shops filled with pirated software that are completed invisible to the police. Co-operation my ass.

A lot of my friends that work in smaller Thai companies tell me that their bosses are all rushing out to buy "genuine" software, since the local BSA branch announced that this time, the Cyber Police will come to businesses directly and make arrests without sending an audit letter first. I wonder where their bosses are buying software from, since if they had no clues in the first place, how can they possibly find a shop that sells software? Could they be getting tricked into buying copied software, thinking that they're originals? (Like with the Siemens situation above?) I mean, all the pirate software shops are huge and crowded, while the few and lonely legitimate software shops look like they're closing down. Plus all the copied discs come with nice boxes with shiny hologram covers, and the original software all come in little paper folders with just a little sheet of license.
Posted by FRiC at 9:10 PM