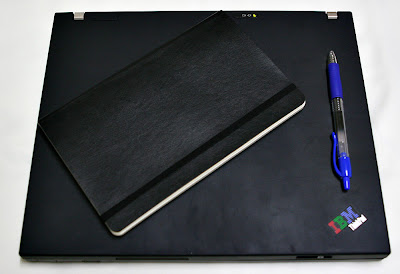 Back to the Moleskine. The one I got is the very first one on the Moleskine diaries page: the 18-month weekly notebook with soft black cover, in large size. I decided to go with the 18-month version since it's exactly the same price as the 12-month one, plus there are still two more months to go in 2008. 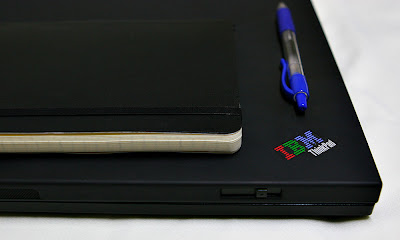 Unfortunately, and in hindsight, I should have gotten the original hard cover version. You would think that the soft cover, being "new", should be the better one, but only after two weeks of use, the edges of the covers are curled up, and the pages are getting uneven. (See photo above.) And if I put too much stuff in the inside pocket, the rubber band leaves an impression on the cover. I did a search for hard vs. soft cover Moleskine and came across this thread. I hope mine doesn't suffer the same fate.