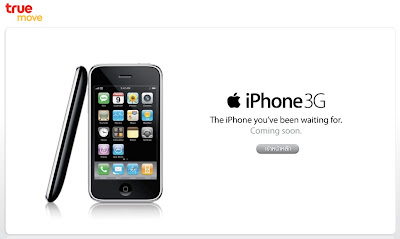 Oh my, I wonder if we're actually going to get a 3G network, only about a million years after it's promised? Or if they're going to pretend that their city-wide Wi-Fi network is 3G?

I also wonder how many they're going to pretend to sell, since the iPhone gray market here is huge.

I racked up a humongous bill since I always left my phone logged in to one of the instant messaging services. That iPhone guy's huge AT&T phone bill is nothing compared to my phone bill.
Posted by FRiC at 5:49 PM