Due to political unrest, the crowds appear much less this year, the Prime Minister even issued a bomb warning to the public to warn people away from crowded places. The crowds do seem to be a lot less than previous years, but still a lot of people went to the rivers to let their worries float away with the kratong and to pray for prosperity in the upcoming year. 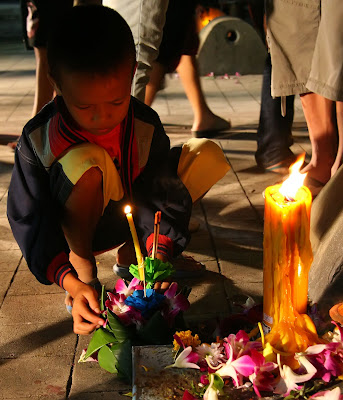 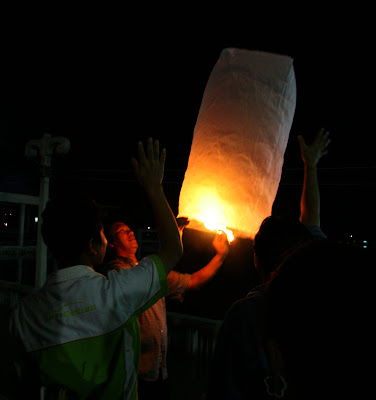 I didn't take many pictures this year because it's so dark. (It was so crazy windy the kratong's candles couldn't stay lit.) And to keep this post on topic for this blog, I prayed for no server problems in the next year!
Posted by FRiC at 6:09 AM