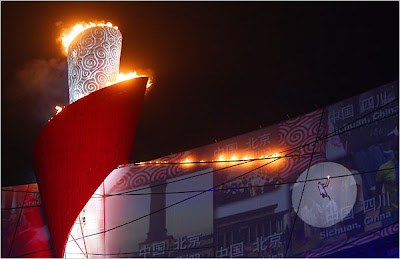 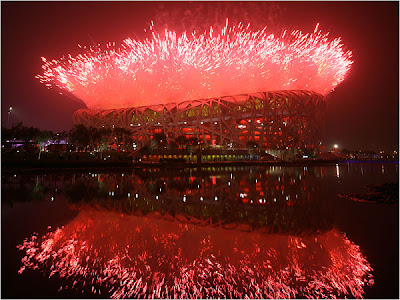 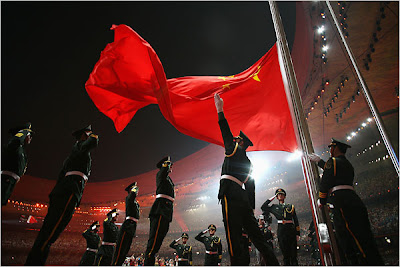 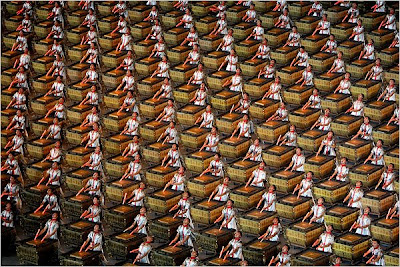 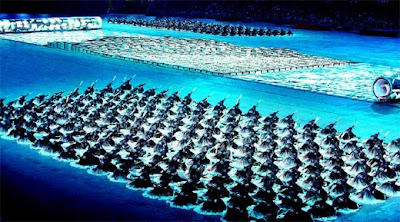 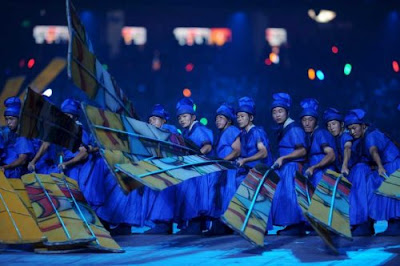 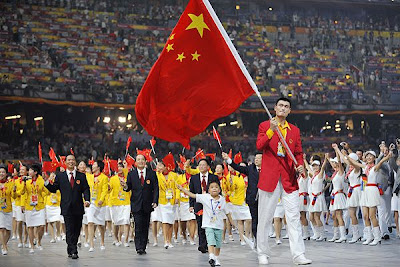 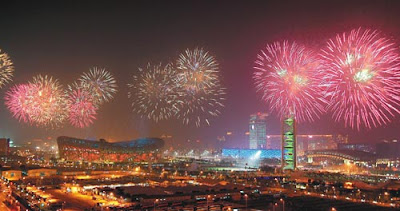 The opening ceremonies of the 2008 Beijing Olympic Games was completely spectacular. I watched it live on TV since there's just an hour's time difference between here and Beijing. I tried to find video clips of the event on YouTube but they were all taken down due to copyright issues. These are some of the pics I found online that I really like. Copyrights belong to their respective owners.

The lighting of the Olympic flame performed by former gymnast Li Ning was awesome. Li Ning was a six medal winner at the 1984 Los Angeles Olympics and after retirement, owner of the sportswear company named after himself. Unfortunately, the harness carrying him didn't seem to be completely in sync with the unscrolling of the images on the video wall in the background. He was going too fast at first, and when they slowed him down it was too slow and the music seemed to end before he reached the flame lighting point. Plus they already had a flying kid with the kite running in the air during the performances.