Building computers for aggravation and frustration 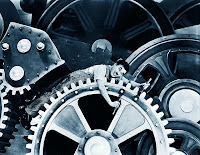 This is probably a common experience to all the tech people who ever built computers for families and friends. They never seem to appreciate what you've done, and often they even argue with you.

A long time ago, I used to go out and pick out the parts for my family and friends. Build everything up at my workshop, then drive to their houses to deliver the hardware, then help them install the software that they needed. All these for free, and they always complain that I charge (?!) them too much. Aren't computers supposed to be really cheap?

So later on, I would just bring them directly to the computer shops and pick out the parts in front of them and let them pay directly to the shop. Which turned out to be an even worse experience because they always want to haggle with the shops. (Aren't computers supposed to be really cheap?) But the reason I bring them to those particular shops in the first place is because I know the shop owners, and they would already give me a discount, but they always think that I'm somehow conspiring with the shop owner to overcharge them.

Fine. So more recently what I do is just ask them how much budget they have, and just write up a list of parts and let them go to the shops to buy those things. I even put in a slightly higher price than what I can normally get, so when they go to the shops, they always think that they managed to get a cheaper price than me, and would always come back to boast. (They never do, since I can almost always get dealer prices.)

So is this the perfect solution? Obviously not, or I wouldn't be writing this.

The latest wrinkle to helping people pick out computers is that many people are still stuck to stuff they knew from ages ago. Few weeks ago I wrote a list of parts for someone to buy based around the Core 2 Duo. A few days later he called me back and said he doesn't want a Core 2 whatchamacallit. He wants an Intel.

"No no, the current Pentium name is a low end product. What you want is the Core 2 Duo."

"No, the Pentium 4 was succeeded by the Pentium D, then the Core 2 Duo. Then the Pentium name was brought back as the low priced Pentium Dual-Core." (Why was I even bothering?)

"I saw on TV that the Pentium 4 can make the Internet faster."