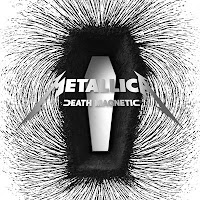 I was so busy working the past few weeks (plus being so depressed over not being able to buy any NSLU2's and having my AdSense account disabled) that I didn't even notice that Metallica, my all-time favorite band, has released a new album: Death Magnetic.

This is one of those few times that I found out something by reading the newspaper instead of reading it online. Even the local newspapers have articles about the new album.

So I went online to read some reviews, only to find fans enraged over the sound being clipped on the CD, but not so in Guitar Hero 3. There's even a petition for the studio to re-release the album.

Today also happens to be International Talk Like A Pirate Day, I know what I'm gonna do while waiting for the album to be released to the stores locally. Arrr!
Posted by FRiC at 8:56 PM